6:23 AM 9/24/2019 - Another "Schatz", a different tune: Schatz Calls For Impeachment Proceedings Against Trump

The U.S. senator from Hawaii says the president is “breaking statutory and constitutional law every day.”

Popular posts from this blog

» Puerto Rico Coup D’Etat of July 2019 as the sign of things to come, and the little Nazi Pig Schatz – 4:31 AM 7/28/2019 | Mike Nova’s Shared NewsLinks Review In 250 Brief Posts Nazi Pig Schatz - Google Search Now, there two Counterintelligence leads in this Nazi Puerto Rico Coup of July 2019, among the others. Both of these leads have to be investigated vigorously and persistently. | Trump and Trumpism – Review Of News And Opinions B.D.O. accounting firm International, in Puerto Rico, New Abwehr, German Intelligence, and Coup D'Etat of July 2019 - Google Search

Puerto Rico is ruled by the US Military, and not by anyone else, not the governor, and not the FBI, in the case you did not know this. And it would be very wise of the US Military, including the Intelligence, to pay very close attention to what is going on, namely the coup d'etat and installation of the future little dictator, Trump's "mini-me", the Hitlerian (was he in Hitlerjugend ? it is almost obvious, and written on his mustaches), Thomas Rivera Schatz. You never know the man until you know the man. See what you will learn.  M.N.  3:56 PM 7/30/2019 _____________________________________________ Former Secretary of Education Julia Keleher upon arrival at the Federal Court in Hato Rey.  (Ramón “Tonito” Zayas)
Read more

Blogs In Brief | The News And Times - Blogs By Michael Novakhov

The News And Times 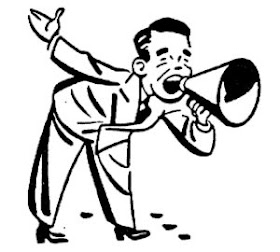 All The News That's Fit To Web